Composer and Producer Dan Diaz quickly and effectively built a name for himself as an exciting new talent in the world of composing for media. Based out of Los Angeles, his music and sound design have been featured in trailers for some of the biggest blockbuster movies and video games of our time (as well as some of the most critically acclaimed), including The Mandalorian, Jungle Cruise, Knives Out (Clio Award Winner, Best Use of Music), Frozen 2, Dumbo, Star Wars: Rogue One, The Hitman's Bodyguard, A Wrinkle In Time, Creed (Clio Award Winner), Bridge Of Spies, Guardians of The Galaxy, Ex-Machina, Call of Duty: Advanced Warfare, Iron Man 3, The Avengers, Captain Phillips, Nebraska, Deadpool, and more.

He has also composed music for video games such as Electronic Arts’ Skate 2, Skate 3, and Skate It (which combined have sold more than 2.5 million copies) and major advertising clients such as Toyota, as well as countless television shows on networks like Fox, CBS, MTV, Vh1, E!, The CW, and many more.

​In early 2010, Dan started a company called "Anti-Hero" that creates cutting-edge music and sound design for film and video game advertising, and has also composed and produced music libraries for Big Fish Audio, including "Punk and Indie Rock: Slammin' Sounds of So Cal". As a producer, songwriter, engineer, and mixer, he has worked in the studio with artists such as Jakob Martin (aka Martin Storrow), Dawn Mitschele, Jason Mraz, Kyle Phelan, and many others.

Since 2014, Dan has been working with premier Los Angeles-based custom music composition and sound design company The Hit House. 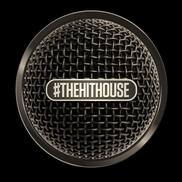 All Material © 2021
All Rights Reserved.
Proudly powered by Weebly